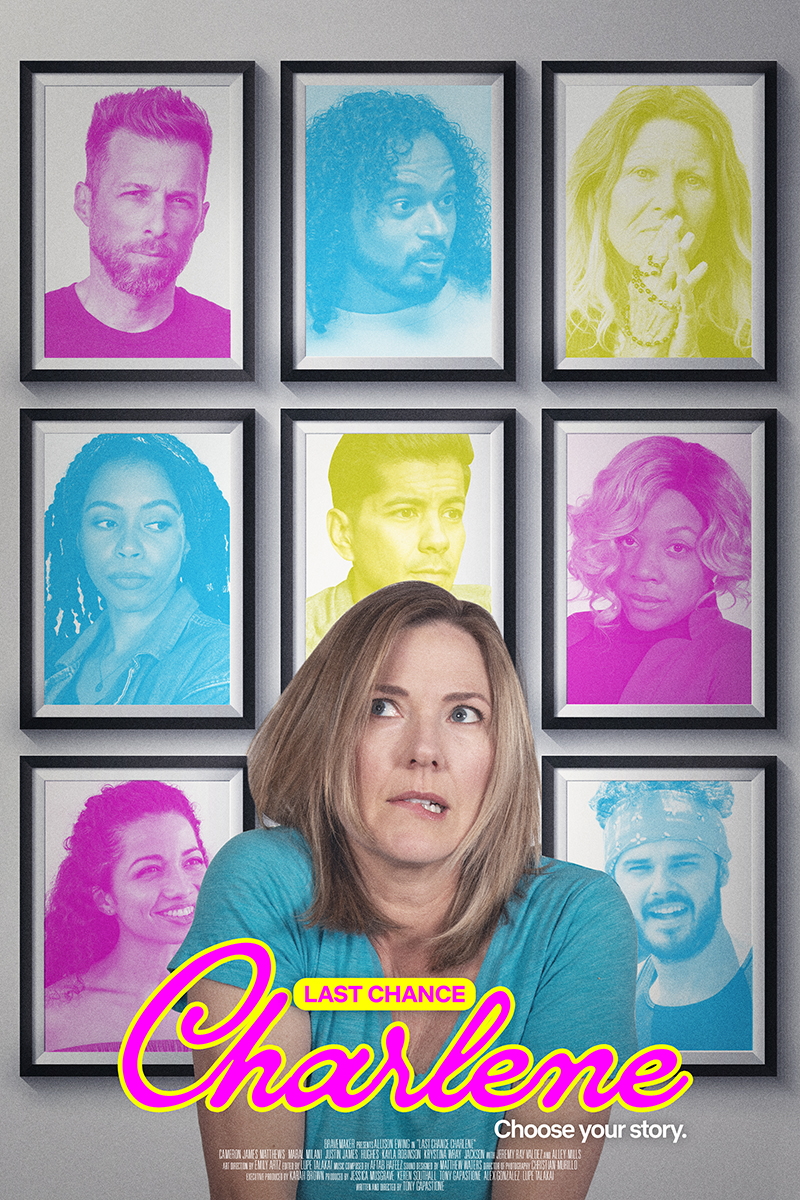 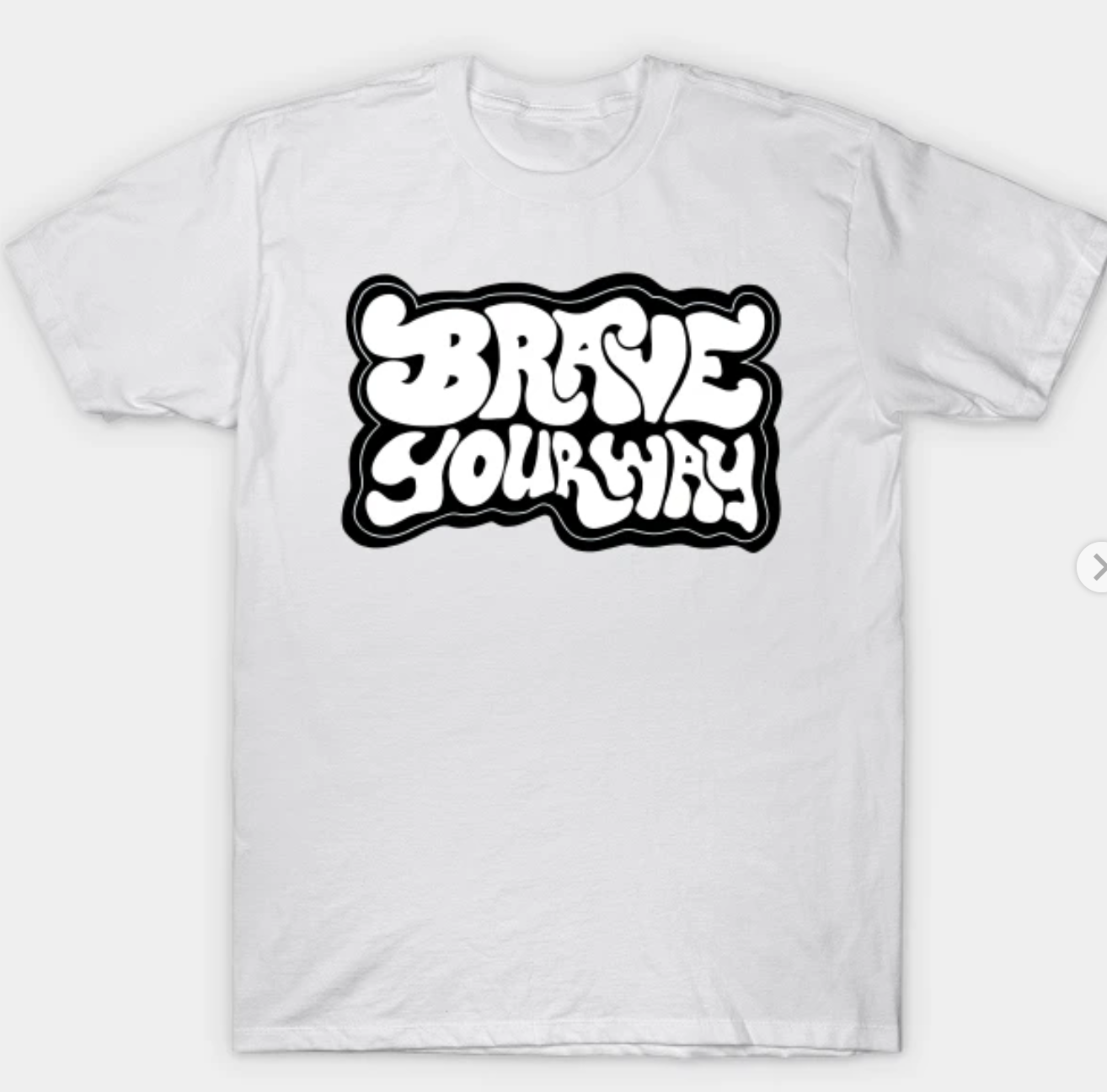 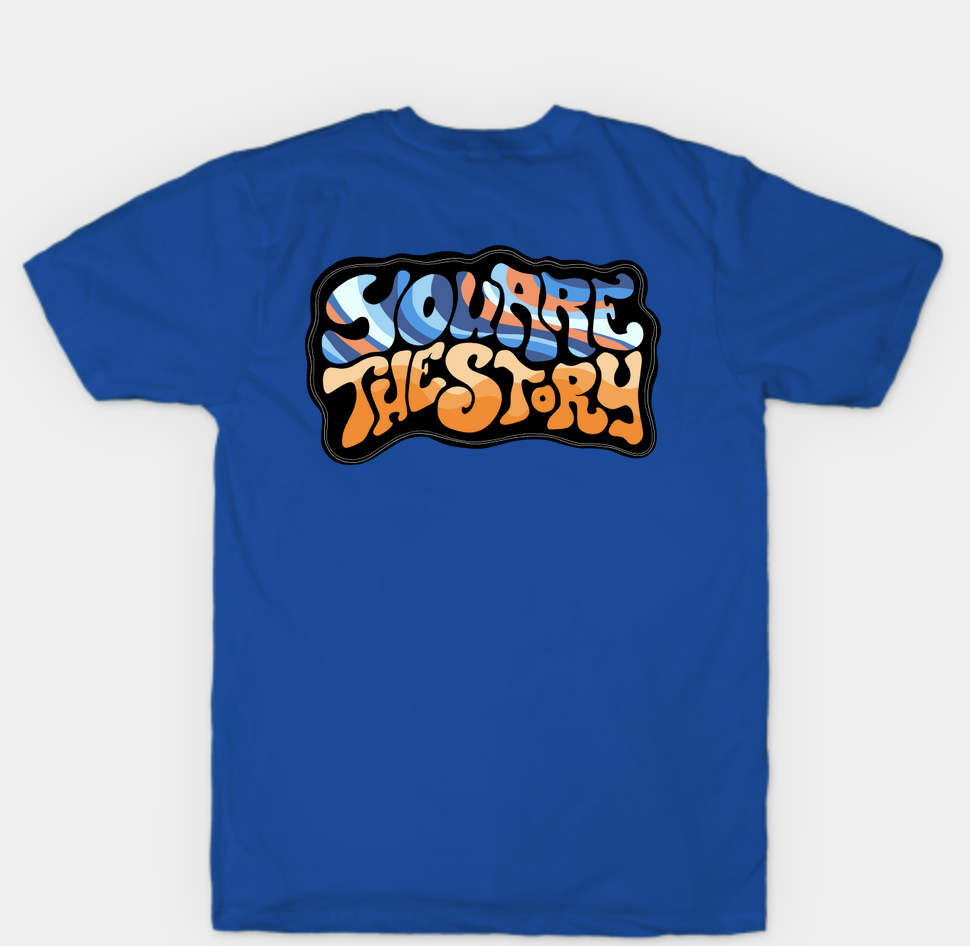 Expect Last Chance Charlene to be available on VOD in Spring 2023
Our film is represented by Circus Road Films.
For distribution inquiries contact: Glen@circusroadfilms.com. 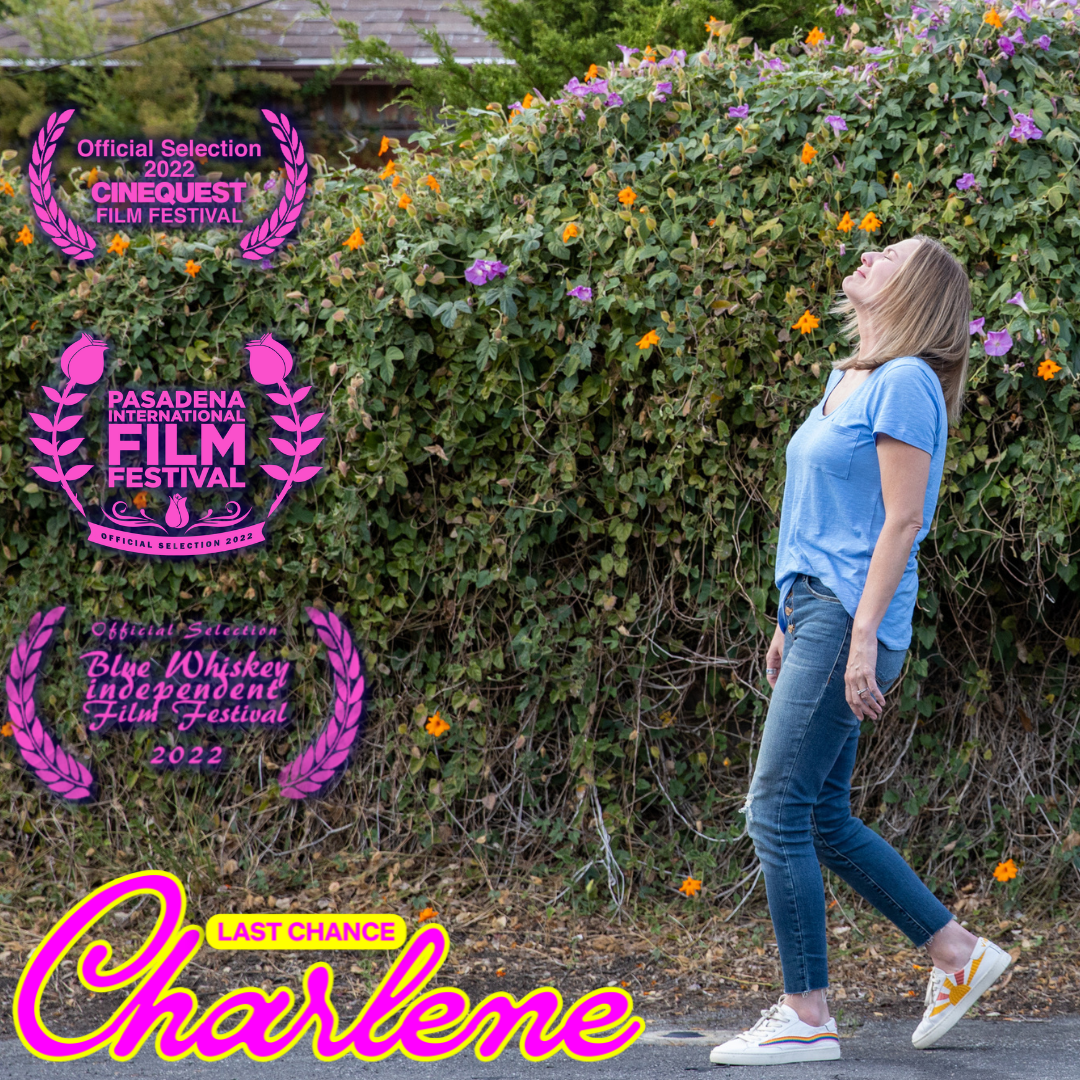 Did you watch the film and want to process your thoughts, questions and emotions?


For film festival/public/community/educational screenings and facilitated panel discussions with the director, select cast and/or our grief specialist partners Yahdav and Hanlon contact: production@bravemaker.com

We are still raising FINISHING FUNDS to complete and cover some extra sound design and fixes as well as marketing AND film fest costs. If you would like to contribute a tax deductible donation of any amount, click the link below.

Marin Independent Journal
"not a religious film, it definitely brings up rattled faith"

Logline: Reeling from her brother’s suicide, a writer/actress tries to put her complicated life back together, salvage her marriage and break into the entertainment industry. 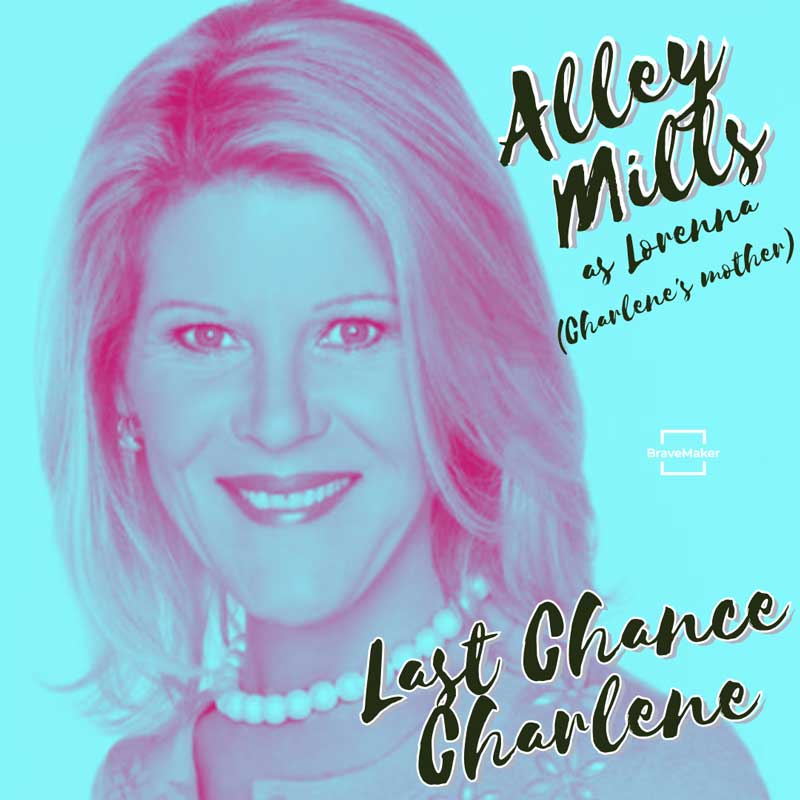 Charlene is an actor and screenwriter, but she's struggling in more ways than one (go figure).
Charlene’s brother, Dominick, died by suicide nine months ago and she didn’t see it coming. No one did. It wrecked her and now she’s attempting to salvage her fledgling acting and screenwriting career. But she has to face her grief, which has resulted in marital problems.
Charlene’s husband, Raul, has taken their two young kids to live with his sister “to give time for Charlene to grieve.” How is Charlene supposed to grieve when she’s also fulfilling her obligation to carry on her brother’s design business, care for her aging mother, Lorenna (played by Alley Mills), and reconcile with Ayla, her pregnant sister-in-law who she’s avoiding?!
No big deal. She’s fine.
(Lies. All lies. She’s the farthest thing from being fine). 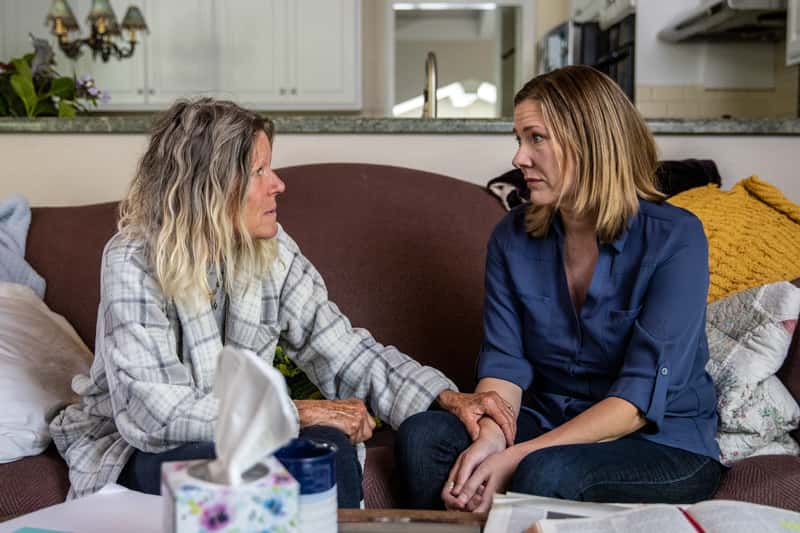 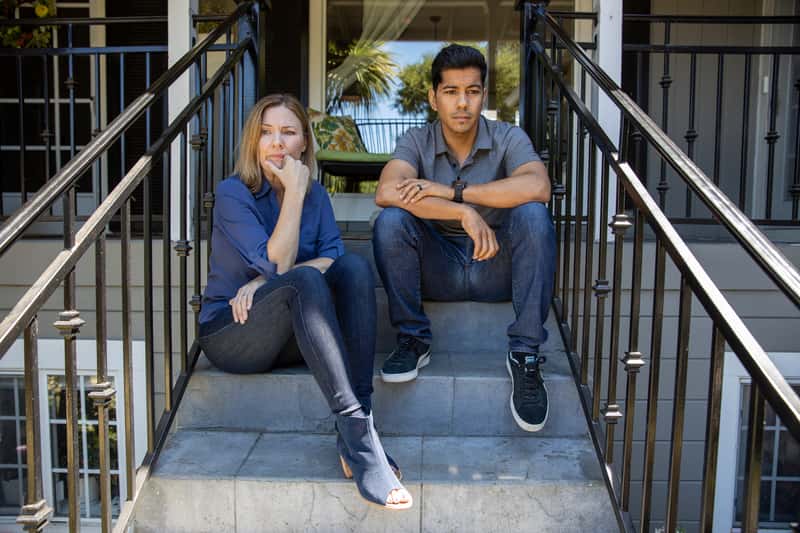 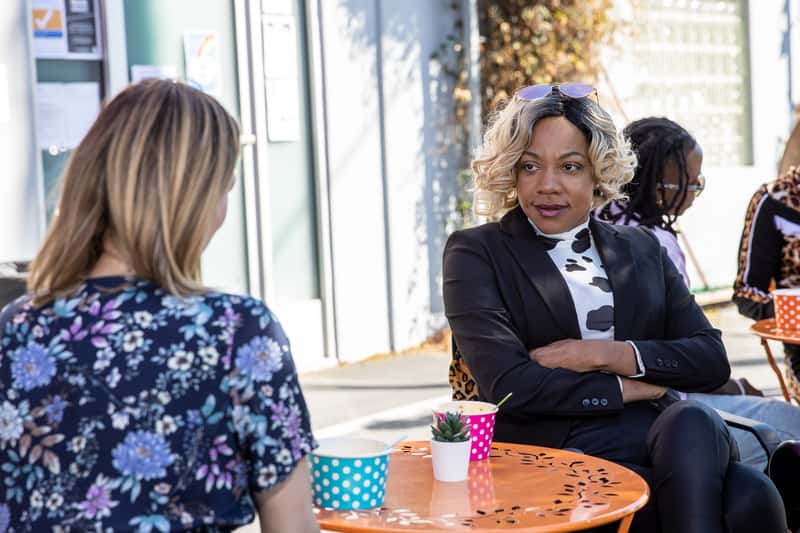 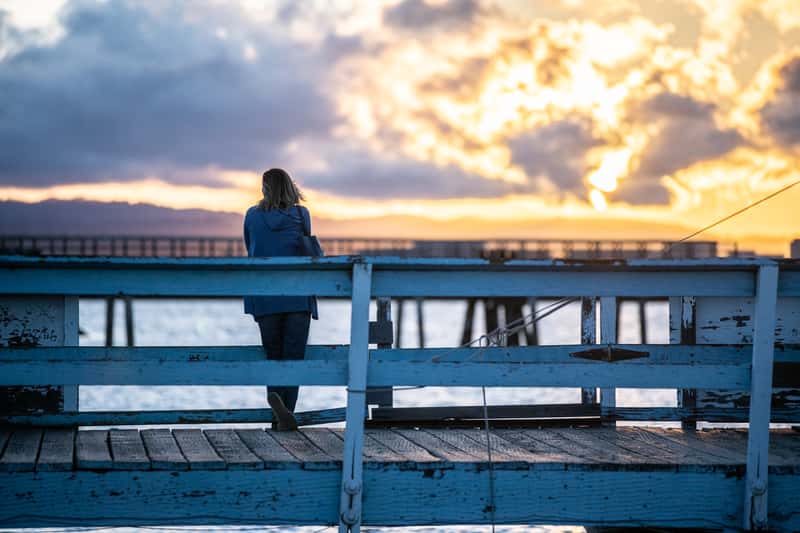 Charlene carries on trying to make sense of her life and rewrite (and sell) her feature film with ideas and notes that come from conversations with her husband Raul, manager Veronica, mother Lorenna, sister-in-law Ayla and actor friend Dino.
Charlene runs into a church person in which she has a history that she’s trying to avoid, revealing some underlying themes of the film: faith, doubt, judgment, grace, and grief.
Charlene is wound up, tighter than the gears in a watch. She’s about to burst and she knows it, little by little, but Charlene’s journey reveals how our bodies have a way of speaking to us and telling us what we need. She’s carrying a lot of burdens. And Charlene’s body needs to move, she needs to let it all out, she needs to dance.
Say what?
Charlene must find a way to confront her personal demons and find herself once again…. amid her deep and ridiculously traumatic grief. But don’t worry, this isn’t a tragedy.  The only way one can survive the painful loss of a loved one is by letting loose, popping a few edibles, and getting her groove on in a cemetery (yes, there is a dance routine in a cemetery. Don’t worry, think interpretive dance in an SNL sketch. Not Broadway, but therapeutic nonetheless)
Survival requires finding the ridiculous moments of humor any way you can, and Oh, they are there. It won’t take long for Charlene to find them or rather for the humor to find her.
The question is, will she find a way to write and live her own story amid everything that is thrown at her? Chances are good, but it won’t be easy.

As the Founder of BraveMaker and a writer/director who also happens to be a person of faith, I wrote this film to tackle the complex layers of traumatic grief (that specifically results from suicide and to dispel the stigmas of suicide) while also navigating social and racial inequities. I believe stories create change and I think this story will make space for many to laugh, cry and experience hope as they make sense of their grief (and find permission to do so).
LAST CHANCE CHARLENE is my first feature film. I wrote it because the story is personal for me and has been brewing for some time. (I've lost both a good friend and my grandmother to suicide). This movie reflects my journey of being a filmmaker, who's also a pastor juggling family life while starting a nonprofit and navigating my own grief and feelings of loss.
I also included what I've learned about racial justice in the wake of the Coronavirus pandemic.
These themes are all addressed in the film.
Sounds heavy doesn't it? But this is a drama-comedy.

You can't cry without laughing sometimes. Being human is both hard and ridiculous.
I think we created something special. 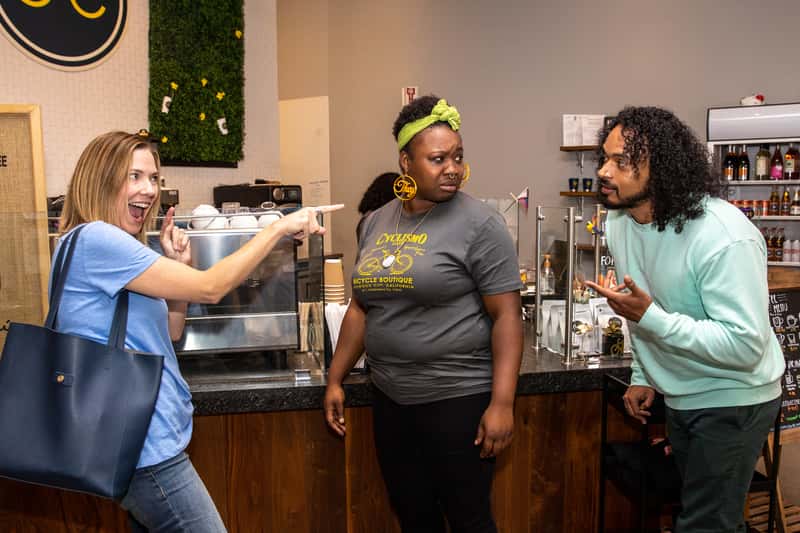 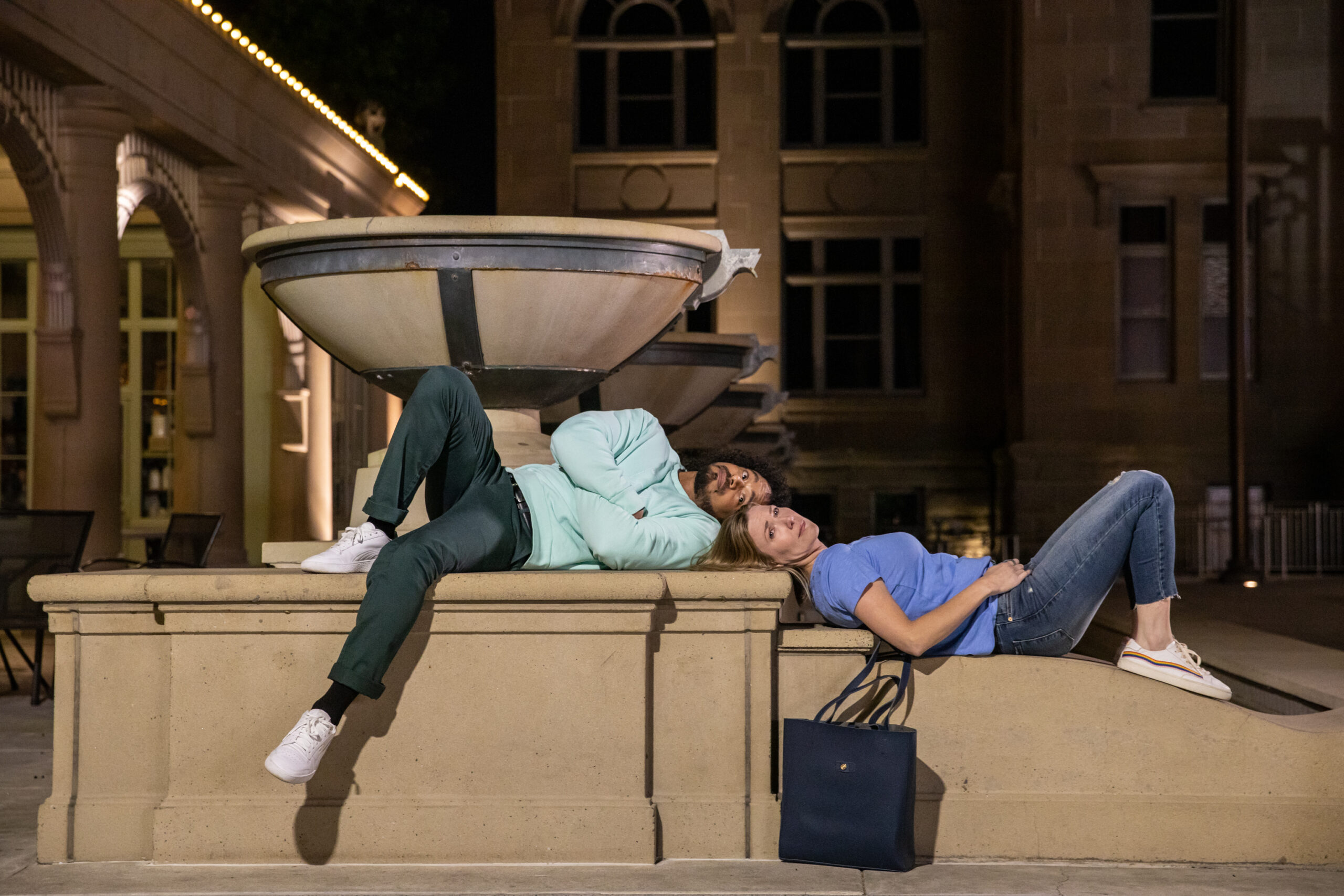 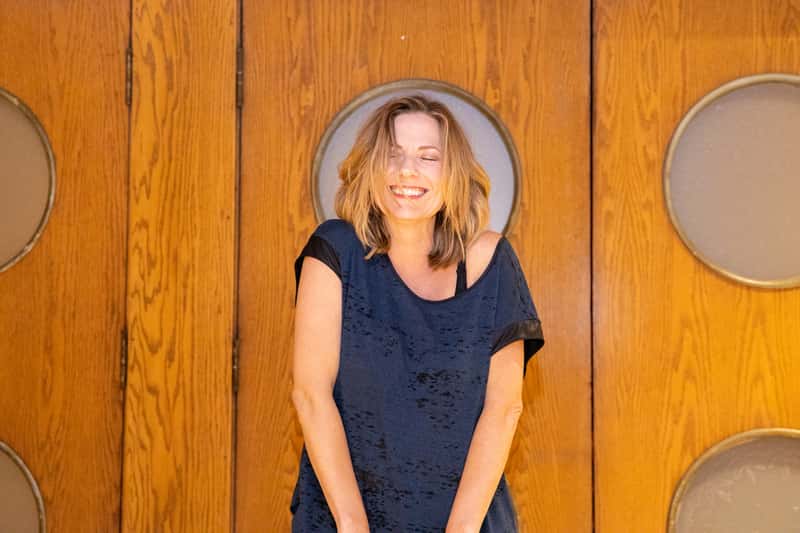 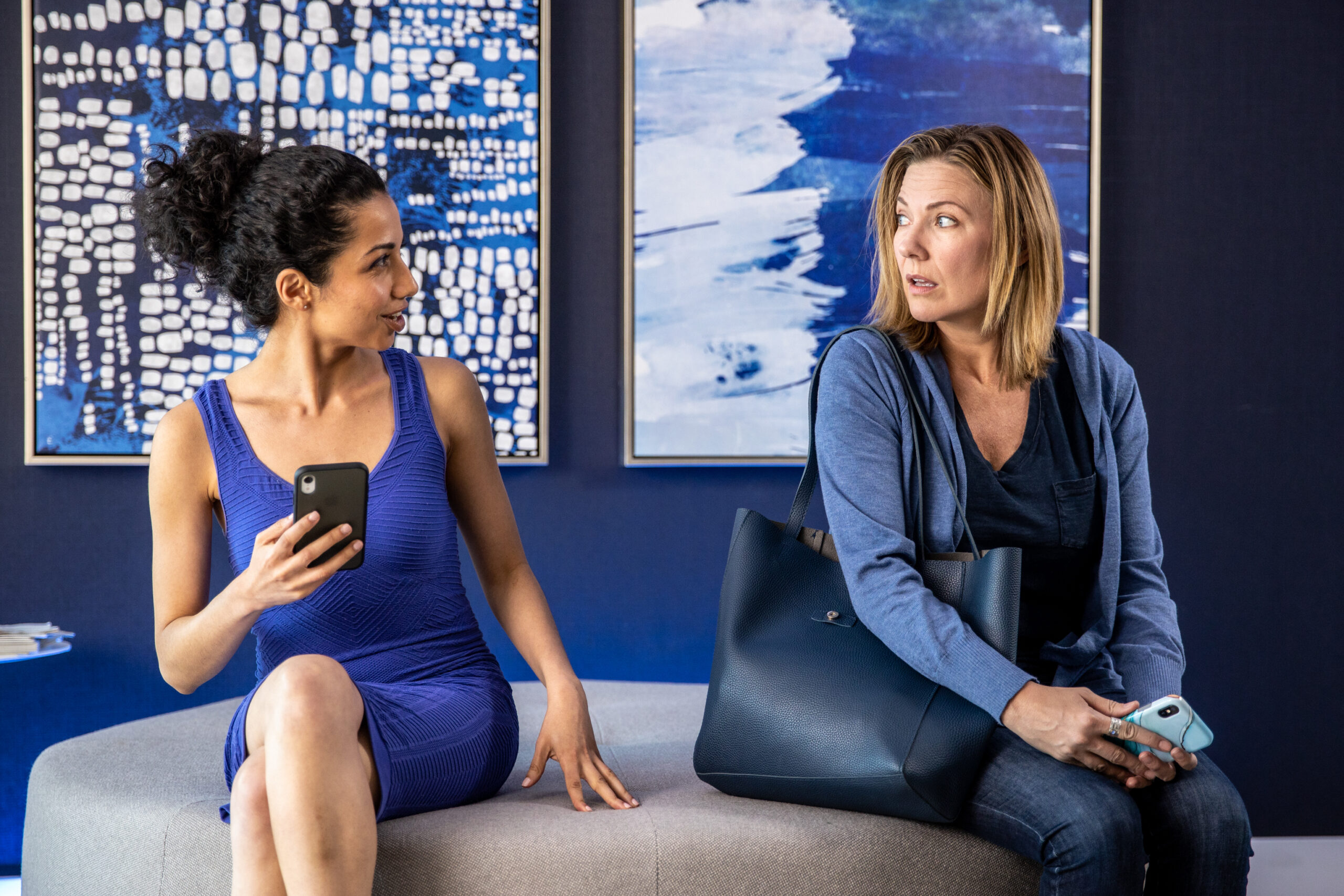 My other feature film THE THORNS WE LIVE WITH (Thorns) is a larger film with a bigger ensemble and fundraising has been slow. I needed to have a story that dealt with similar themes so I could finally get a feature film under my belt as a director.

So with this idea for LAST CHANCE CHARLENE, a smaller film was birthed. My original thought was for me to act in it, and the film’s title would have been Last Chance Charlie but in the beautiful process of filming our proof of concept for Thorns, I watched actor Allison Ewing shine and I thought: “I’m changing the character to Charlene”. I know Allison will knock this role out of the park and I love working with her. The story is all about Charlene (she’s in 90% of the scenes) and I know Allison will bring the depth and heart this story deserves. I also like working with trusted actors I’ve worked with before. This business is all about those partnerships and I wrote other characters with actors in mind from the Bay. I’m excited to see where this goes and beyond thrilled to work with iconic actress ALLEY MILLS (from the famed 90's show: WONDER YEARS).

BraveMaker is a 501(c)3 whose mission is to invest in filmmakers and coach creators to tell their stories and gather audiences to engage in essential conversations and explore life’s meaningful questions. We curate and make provocative, life changing media that creates meaningful culture impacting experiences. We not only want to entertain but to incite dialogue, awareness and bravely shape our culture. We believe in the power of story relayed through films and want to empower others who have similar aspirations. BraveMaker celebrates diversity and aspires to help foster justice and inclusion across communities through guided discussions and powerful authentic storytelling.

Unfortunately, chances are that most of us have been directly or indirectly effected by suicide but we all have been affected by death in some way by the loss of loved ones.

We believe that Last Chance Charlene will educate about suicide and empower people to cope with the complex array of thoughts and feelings that result from it.

Our companion workbook will have specific guidance for anyone who desires to process grief in any form. A broad, overarching journal with chapters that will include working through the complexities of anger and depression and navigating unhelpful conversations with good intentationed people with specific contributions from our grief speicalist partners YADHAV&HANLON.

Enjoy some of their free resources attached below. 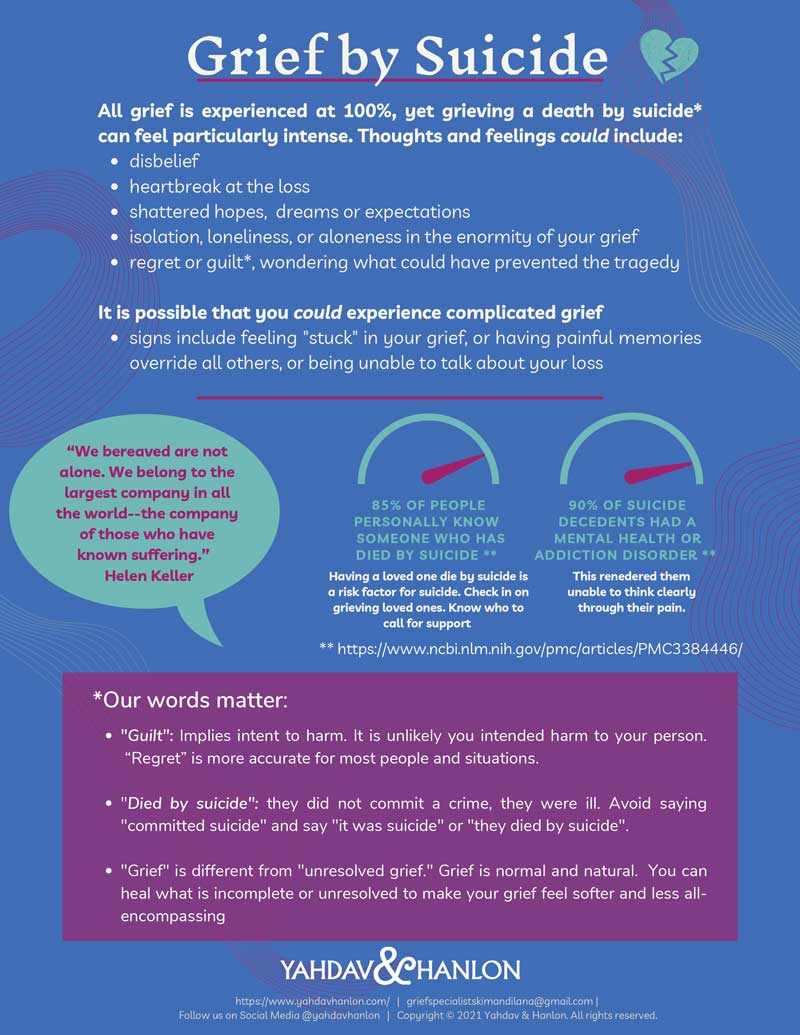 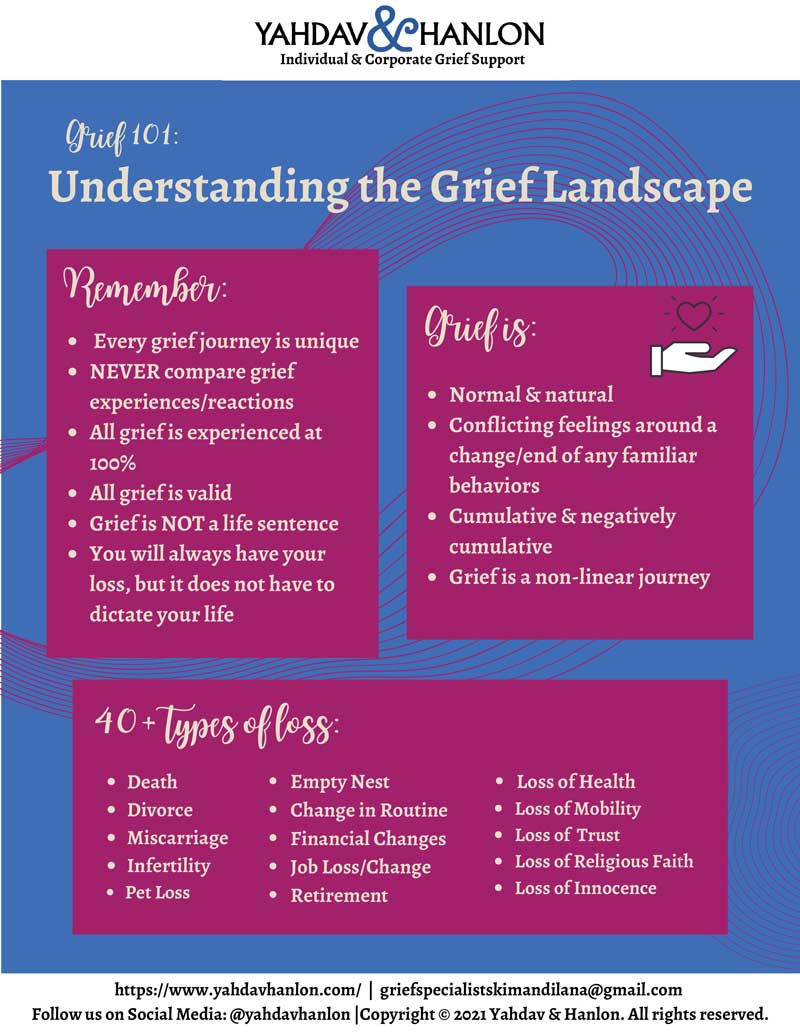