9 qualities of a (ROCKSTAR) producer

If you look at my IMDB, I’ve produced twenty-two film projects. Out of those, I wrote and directed nine of them (watch some of my faves 1440 and Counting, Neighbor and Killer Couch). Which means I supported, funded and/or partnered in some way to see the thirteen other film projects (like Hey Dad and The Scarlet Thread) produced to completion.  I have to be honest, that feels great, but it came with a lot of work, learning and maybe a tinge of regret (things I could have done better).

Therefore, I have a lot of opinions and ideas about this topic of film producing to inspire you to jump in as prepared as you can be. Before you continue reading, know that these are my opinions. Feel free to push back, I can handle it (see # 6 below). And I reserve the right to change my mind and add to the list as I grow and evolve.

You can ask ten different producers and some would probably agree on many of my nine but there would be just as many others who might disagree (I.E. not everyone cares about people being kind, see # 5 below) if they can get the job done. Just read a lot of the entertainment industry trades filled with horror stories of so-called brilliant producers who are horrible abusers, manipulators or down right mean. (The more this is called out the more this is changing…hopefully…little by little).

So here’s my top nine qualities every producer should have. Or another way to look at it is: the best practices of a rockstar producer. These are what I strive to do myself and what I expect from my producer team. This isn’t exhaustive but some of the most important traits I look for in my film collaborators. Keep in mind, I am an indie producer so all these come from that perspective. (It would be a little different if you were hired by a studio Disney/Marvel or Warner Brothers).

I occasionally throw in a pop-culture reference to give us something to aspire to. I hope these are helpful to aspiring and emerging producers as well as inspiring to those who are already at work on sets!

Storytime: While we were on set for my first feature film, Last Chance Charlene, we had a limited time in a cemetery. The scene required dancing, (choreographed by one of the other producers on the film, Keren, also doing double duty) and our actor, Allison, had to do it all on a broken toe. It was grueling. It was June and it was hot. I had brought an umbrella to help provide shade and since we only had a small crew that day, there was no one else but me to hold the umbrella. If I’m honest, I wish I had some extra production help so that I could have focused on getting what I wanted from the scene. But I realized, holding the umbrella, was exactly that: helping us get what we needed. Sometimes, we have to do whatever it takes, think quickly and solve the problems ourselves (sans complaining and humbleness is a key to success in this area).

I know this can be overwhelming. Making movies is a lot of work, but if you’re passionate enough, you’ll see it through. It’s like running a marathon. The winners are the ones who make it to the end and cross the finish line. I hope this list challenges and inspires you. I’m always looking for some brave, rockstar producers. If you think you embody the above and want to produce something together. DM me. Did I miss anything? What other pop culture characters should be on this list? Share your thoughts in the comments or find me on social media @tonygapastione. 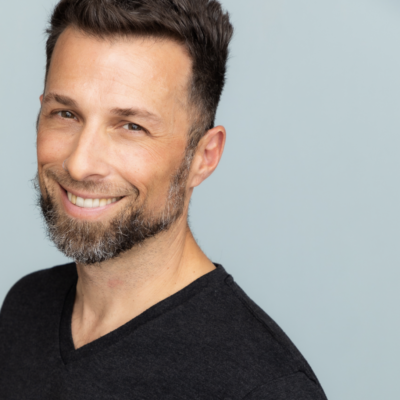 Tony Gapastione is a screenwriter/producer and director living in Redwood City, California. He founded and executive directs BraveMaker, a 501c3 nonprofit arts charity dedicated to educate, entertain and create community experiences around justice, diversity and inclusion. He and his wife Wendy have three daughters, one labradoodle and two guinea pigs...all of which end up in his movies in some way. His first feature film, "Last Chance Charlene" will be on VOD, February 2023. Connect with him on Instagram: @tonygapastione