Five tips to be the best PA you can be

Being an actor can be difficult. Correction, it is difficult. Ask anyone who has ever wanted to be in a movie, a TV show, a short film, a play, a musical, or anything that has to do with performing and getting paid. As an actor, you are pitted against so many others just like you, and you have no idea what casting is really looking for. Sometimes, no matter if you’re as talented as, say, Tom Hanks, they may want someone an inch taller or with blonde hair or with a certain kind of smile. It’s tough, and there are no guarantees that you will get opportunities–only the lucky few do.

Instead, make your own opportunities! Tony, the founder and executive director of BraveMaker, recently wrote and shot a short film, “The Crossing Guard,” which is expected to come out sometime in early 2023. It’s a really fun mockumentary about a school crossing guard and the daily antics that come with it, and I think it’s a love letter to educators and those who work in schools. I was lucky enough to be a PA on this film, my first time being behind the camera instead of in front. It was an eye-opening experience for me, one that has made me better appreciate the people behind the scenes.

A PA, or production assistant, helps around a set and has day-to-day responsibilities that ease the burden of certain on-set necessities, such as carrying equipment or running to Starbucks to get the lead actress that iced coffee so that she doesn’t fall asleep mid-scene. PAs support the cast and crew, and after a day of being one, I give PAs so much credit for what they do. It’s a job full of variety and flexibility, and an excellent way to get experience on a set.

When I was a PA in November, one of my jobs was to hold up a “Film Crew Ahead” sign near the end of the street where the titular crossing guard was doing his duties. As I mentioned, it was my first time doing something like that. I got to listen and sometimes watch the action happening several feet away, from “Action!” to “Cut!” I had the perspective of looking to my left and seeing the crew, actors who weren’t in the scene, and even a few neighborhood spectators who happened to walk onto a movie set that day. On the right was the crosswalk, where all the action was. A few times I switched my sign duties with Skye, another PA, to whom I was very grateful. Holding a relatively heavy sign up consistently for a prolonged period of time in the cold weather got very tiring, so it was wonderful to be supported by taking turns.

Based on my experience as a PA, from an early morning team huddle to the sign-holding to interacting with different crew members, here are a few observations I have about production assistants and some skills that they should foster.

1. Be on time. This goes for every cast and crew member in any production. An acting coach once told me, “Early is on time, and on time is late.” To be a valuable member of a film crew you have to show up on time. Nearly everyone on “The Crossing Guard” came when they were supposed to, some even earlier, and it made the process considerably less stressful than it would have been if the whole team wasn’t there to hear the announcements at the very beginning. There will always be obstacles, such as traffic or a faulty alarm clock, but if you’re late, let someone from the set know ASAP.

2. Be flexible. PAs can have varying responsibilities. Not all of them are going to be ultra-exciting, but they will be important. Folding a snack table and holding a sign isn’t necessarily glamorous, but without someone to do those tasks, the production would slow down considerably, and there would be more chaos. Without the “Film Crew Ahead” sign, for example, there could be cars coming down the street every minute, interrupting each take. You never know. Never consider any of your responsibilities insignificant. They are important, and know that people appreciate the work you are doing.

3. Let the cast and crew do their work. Tony pointed this out during our group huddle in the morning before the actors arrived on set. Don’t give other production members unsolicited advice. Don’t tell the actor to act this way or that. Don’t ask the director a question when they’re in the middle of shooting a scene when someone else is right there to answer it. Be helpful and offer solutions to problems when you can, humbly, but never let pride or ego get in the way (see #5 for more on this). You might know more than someone else and/or be able to do it better but wait until you’re the one operating the camera or sitting in the director’s chair to do it. The easiest way to never get asked back is to step on the toes of your cast or crew.

4. Advocate for yourself. If you’re ever on set and you feel uncomfortable in any way, whether by another crew member or by something you’re told to do, let someone know. PAs and everyone on a set, should always feel safe and valued. “The Crossing Guard” set was just like that for me. Everyone was so kind and made the set a safe space. If I had had any questions or concerns, I wouldn’t have been afraid to let someone know.

5. Be a good person. I’m sure everyone reading this considers themselves inherently good. Therefore, you probably won’t think twice when I suggest using common sense and human decency. Don’t make a scene over a task you’re given, but if you do have an issue, respectfully let that person know. Be kind to everyone on the set, as you’re all working for the same goal: to create the best film possible. Saying “thank you” and being considerate of people’s time is a must. I’ve been in situations where someone on a set didn’t respect their fellow cast and crew. Please don’t be that person. Be the person people feel comfortable going to, the team player dedicated to their work. You want to be known as the PA who helped the production and was supportive, not someone who was a complainer. It will be good for you too, because you never know the connections and relationships you may develop while on a set. Being a decent person who is also hard-working and talented will work in your favor to move your professional goals forward.

I’m set to be a PA on another short film in early 2023, and my experience on “The Crossing Guard” has certainly prepared me. So for anyone who wants to someday be working on a professional set, whether as an actor, director, producer, etc, volunteer to be a PA in someone’s upcoming short film. You have to start somewhere. Remember me when you’re famous! 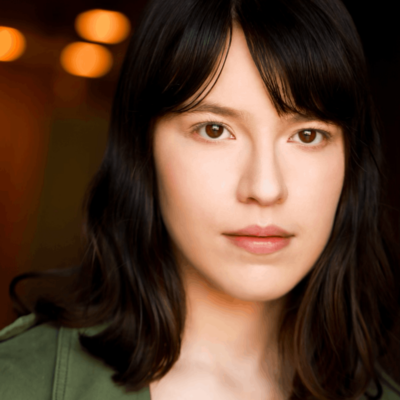 Jessica B. Cohen (she/her) is an actress, writer, musician, singer, aspiring filmmaker, and all-around performer currently living in Austin, TX. She has written multiple screenplays, including a feature, short films, and TV episodes, and hopes to film something of her own in the near future. She won a B. Iden Payne award (excellence in Austin theater) in 2021 for "Best Original Song", and loves all things musical theater (she's currently working on a musical of her own). She has released a few songs on all streaming platforms, which you can look up under "Jessica Brynn Cohen". You can see her in Richard Linklater's Apollo 10 1/2, streaming on Netflix. As a BraveMaker intern, she is so grateful to be a part of its mission for justice, diversity, and inclusion. Follow her on instagram @Jessa.cohen!